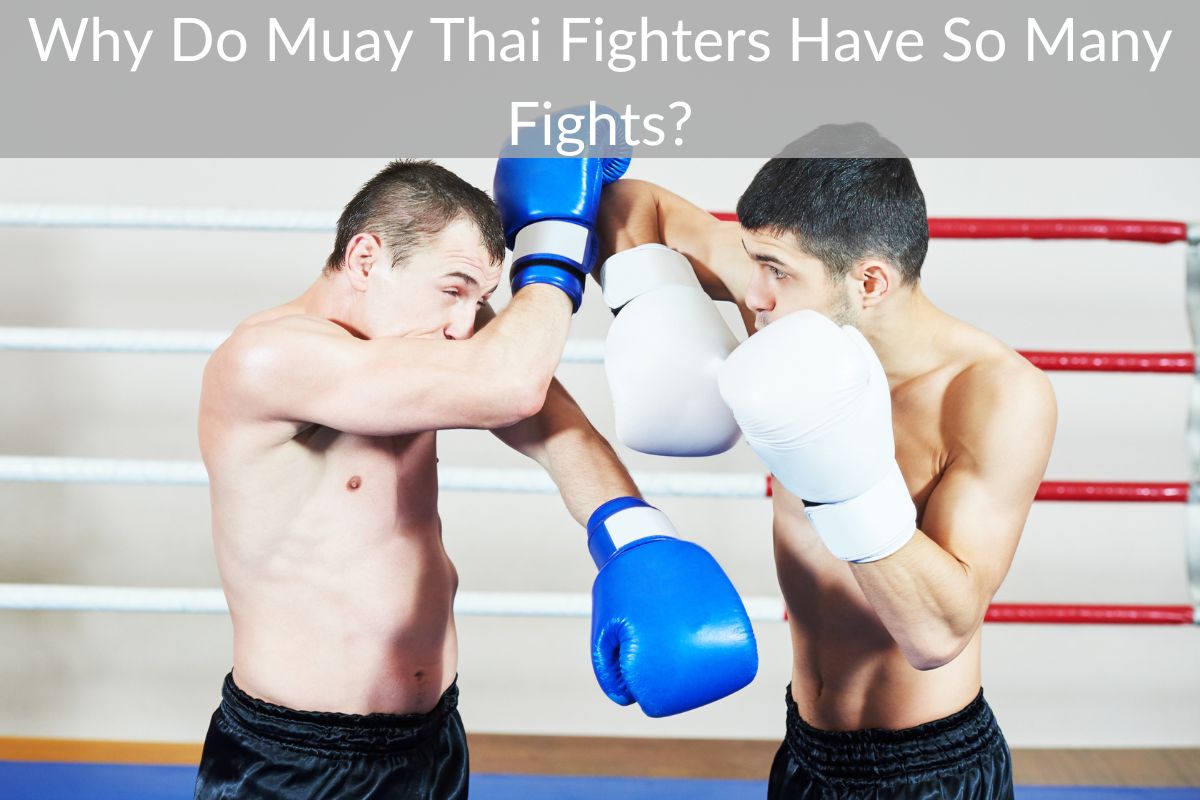 It is not surprising that Muay Thai fighters have so many fights, and if you are wondering why this is so, then read on. The sport of Muay Thai is a lifestyle, as is evidenced by the fact that many of the world’s top fighters have been involved in multiple bouts.

As a martial art, Muay Thai is an intensely competitive sport, but it is also a way of life and a sport like no other.

Muay Thai is a way of life

The martial art of Muay Thai has roots in the religious and cultural beliefs of Thailand. The headpiece, armband, and shorts all have religious and spiritual significance. Fighting in the ring is often accompanied by the rhythmic music of Sarama. This music contrasts with the brutality of the fights. While training, Thai fighters wear a headdress and armlet that depicts their ancestors.

In Thailand, muay Thai training is often performed by children, who may skip school in favour of training. While it can be difficult to balance a demanding training regimen with schooling, the practice can give children an alternative path to a better life. Children who pursue training as a profession often earn more than a rice farmer’s salary. In many cases, the young fighters come from impoverished backgrounds, so the martial art offers an income that allows them to escape poverty.

Training for muay Thai is demanding. Young fighters must get up early in the morning to begin their regimen. The first three to five miles of running are necessary to warm up, which can take two to three hours. During these training sessions, young fighters must also engage in shadow boxing and light bag work. For a more challenging workout, young fighters must perform some striking drills on the Thai pads.

The headwear worn by the fighters is unique to muay Thai. It is known as the mongkol and represents the gym and trainer. It is believed that wearing a mongkol will bring good luck. As a result, every boxer in Thailand wears a headband, a traditional part of the culture. This headwear is a symbol of their training and the culture.

In addition to martial arts, Muay Thai is a way of living. It is the national sport of Thailand and a way of life for many of its people. It is respected both in Thailand and around the world. Having trained in multiple Thai gyms and with legendary champion Buakaw Banchamek, I can attest that Muay Thai is a way of life. There are many benefits to training in this discipline, and the sport is fun, challenging, and an excellent way to get in shape and stay fit.

It is a martial art

As a martial art, Muay Thai is unique in that it uses eight points of contact to simulate a sword or a dagger. The shins and forearms are hardened to act as armor. The elbow falls opponents like a heavy mace. The legs, meanwhile, serve as a staff or an axe. These eight points of contact are constantly testing and looking for an opening in the opponent’s defenses.

Muay Thai matches are mediated by a referee, who oversees the fights. This ensures that the fights are not rigged, but rather are based on the rules of the sport. The rounds are three minutes long and sanctioned under full Muay Thai rules. The rules also stipulate that a two-minute break is needed between rounds.

Some foreigners have argued that muay Thai fighters are sacrificing their children’s education by making them fight. They are also exposing them to the bad side of society, including gambling and breaking the law. Moreover, fighting for money can encourage parents to spend their entire family income on their children, which is contrary to the values of children. Despite the high earning potential of muay Thai fighters, many of them are from poor rural backgrounds.

Fighting in Muay Thai is extremely physically demanding. Fighters train for hours every day and typically have their first fight by the time they are eight to ten years old. The sport does not last a long time, and fighters can accumulate as many as 120 to 150 fights before they reach their mid-twenties. They train year-round and often ignore pain and sprains.

It is a sport

Despite its high-profile name, there are plenty of unspectacular things that you may not know about muay Thai. For starters, it’s a sport that doesn’t use full contact. In addition, muay Thai uses the wall of defence concept, in which the fighter uses various body parts to block the opponent’s strikes. These techniques are primarily based on body movement, with a high emphasis on blocking and rotation.

Muay Thai has its origins in the 16th century, when soldiers of the Konbaung dynasty of Burma captured a legendary warrior. In the next battle, the warrior fought for his freedom, winning the fight and returning to Siam as a national hero. Eventually, muay Thai became a sport, attracting both rich and poor alike.

Despite the high level of competition in muay thai, girls still have to train very hard and often begin training at a very young age. Fighting can provide a family’s only source of income, and young fighters often train for years, even without receiving much in compensation. Since it’s a sport, it’s common for young fighters to fight more than once a week, and injuries are an inevitable part of training.

In addition, muay thai is an Olympic sport. The IOC has granted full recognition to the International Federation of Muaythai Associations (IFMA). IFMA is the international governing body for professional muay thai. The IOC’s General Assembly approved the full-fledged IFMA in Tokyo in 2017.

There are several other reasons why muay thai fighters have so many fights. A good example is that muay thai is similar to boxing, but differs in its rules. Boxing requires a fighter to defend themselves with their forearms, which is why it is so exciting to watch. The rules of muay thai differ slightly.

Moreover, it is a highly competitive sport, with a high level of violence. In addition to that, many Muay Thai World Champions have fought each other. In fact, many superstars with multiple titles have lived together and train at Evolve MMA. However, muay thai fighters rarely have happy endings. Many return to hardship after their career.

It is a way of life

Muay Thai fights are a part of the Thai culture. The fighters traditionally headbutt opponents and strike their groin. They wear gloves and a cotton coverlet to protect themselves. The fights last about three minutes and are separated by two-minute breaks. Fighters wear mouth guards, gloves, and groin guards. They do not wear shin guards, which are mandatory in many countries. Before each fight, fighters perform a ceremony called Wai Kru, which honours the fighter’s teachers and serves as a warm-up.

A typical muay Thai training regimen involves extensive conditioning and bodywork. Newcomers to the sport face a steep learning curve, but this training regimen allows rapid improvements in stamina and fitness. The fighter’s routines consist of many bodyweight and medicine ball exercises. Many muay Thai fighters rely on kicks with the shin bone to attack their opponents. Practicing these kicks on a heavy bag is the same as striking a sand-filled bag.

The Thai people have a profound respect for trainers and gyms. They value the teachers, so they have a high regard for them. In addition, muay thai fighters must dedicate time to training, exercise daily, and stick to a strict schedule. While “must” is a better word for “have to,” it is still not a bad word for a fighter’s daily routine.

The sport of muay thai has become part of Thailand’s culture. Though it is a brutal sport with devastating consequences, it is a way of life for many Thais. The prize money from Muay thai fights often provides the family with their only source of income during the rainy season. A way out of poverty is to train as a Muay Thai fighter.

Training is not an easy task. Muay Thai fighters wake up early to begin their morning workouts. In the morning, they’ll run up to five miles in order to warm up. After that, they’ll do some strength workouts. After that, they’ll go to the gym for a two-hour training session that will involve 20 minutes of jumping rope and shadow boxing. After this, they will then spend two hours in the gym, finishing up with several rounds of clinch sparring.